After a rigorous training program, Dave finally became a certificated Private Pilot on a beautiful mid-Novemeber Saturday. His sharp performance proved his knowledge and skill when it comes to commanding an airplane. During his exam, he demonstrated pilot skill standards more equal to a profession pilot level on several of his maneuvers.

His final instructor Mike Jeswald noticed a relaxed, competent, and confident pilot in Dave. His upbeat attitude and real-world planning methods that stem from the theoretical book knowledge made Dave the well-rounded pilot that can safely and efficiently pilot his plane.

Shown here, Dave excitedly displays his newly issued pilot certificate next to the airplane he took the check ride in. He flew down to Jamestown, NY from Clear Air Aviation LLC's base in Lancaster (Buffalo), NY.

Excellent work Dave! Your hard work has paid off and you have rightfully earned your spot in the sky! Congratulations! 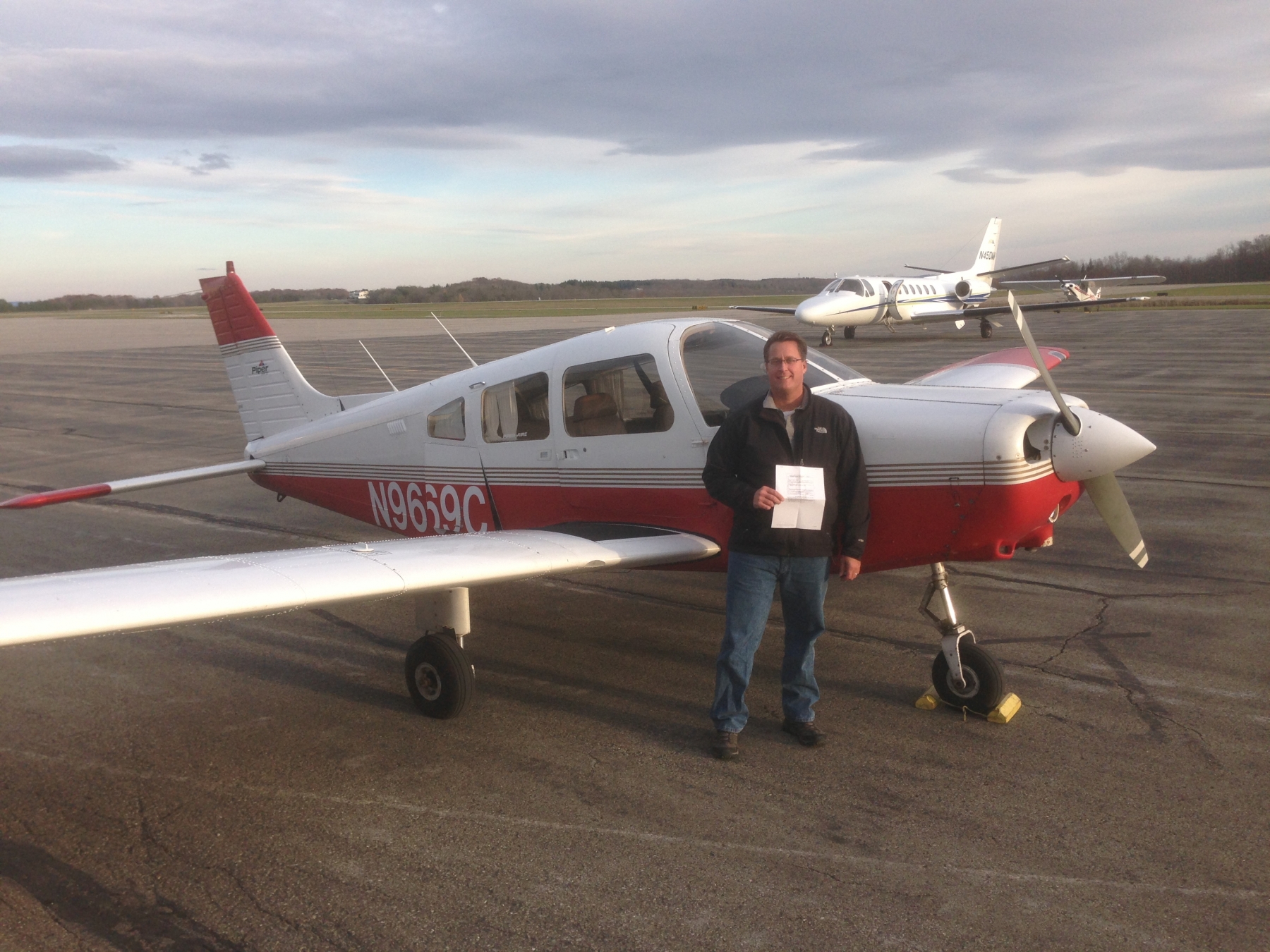 Dave is easily one of the most well-rounded student pilots.  Always aware of the situation and where he is, and able to put the airplane down in crosswinds that would ground many pilots, it's no surprise that his first solo included three of the most soft and consistent landings ever seen on a first solo.